Watch LaterRemove Cinema Mode
We met Ludo on the streets of Milan while she was performing a couple of songs in her mother tongue, Italian.

Ludovica is a singer who dreams of combining metal with theatre. We met Ludo on the streets of Milan while she was performing a couple of songs in her mother tongue, Italian. Ludovica thank you so much for being a part of the do you know family.

DO YOU KNOW..?
Milan is considered a leading alpha global city, with strengths in the field of the art, commerce, design, education, entertainment, fashion, finance, healthcare, media, services, research and tourism.

Milan is also a major national and international centre of the performing arts, most notably opera. The city hosts La Scala operahouse, considered one of the world’s most prestigious ones.

Leonardo da Vinci first traveled to Milan in 1482, where he conceived and designed the first conca- miter water lock.It compensates the difference in the water levels between Naviglio di Martesana and the circular channel. It is the most common water gates arrangement worldwide.

To raise funds for the urgently needed renovation, the Milan Cathedral has launched a campaign to “adopt” its gargoyles. A total of 135 gargoyles will be “put up for adoption” and the names of the donors who donate more than €100,000 will be engraved under the gargoyle. 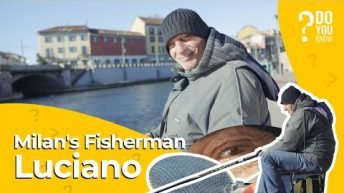